A common issue with cloud applications is the requirement for persistent storage. If you're spinning up instances all across your datacentre, you have no idea which physical host will end up serving your applications. This points to the need for some sort of networked file system. If you've ever used a Linux-based network, you've probably heard of NFS. But NFS is a poor choice for distributed / concurrent systems, and as that is what cloud computing is all about, we will need a better solution.

GlusterFS is an "open source, distributed file system designed for massive scale." However, this is slightly misleading - Gluster isn't really a filesystem, but it collates several file systems so that data is distributed across multiple hosts. The underlying filesystem is usually XFS (recommended by the GlusterFS developers) but ZFS or plain ext4 are often used.

So, why use GlusterFS for your storage needs? I'll outline a few of the features and you can decide for yourself.

Let's Have a Go

Note: before starting, ensure each node's hostname resolves correctly to the address of the host, and that times are synchronised using NTP.

For a quick replicated GlusterFS setup, on a couple of ubuntu hosts, run the following commands:

Then, on one of the hosts, run the following:

Then on a client:

A quick overview of GlusterFS concepts: 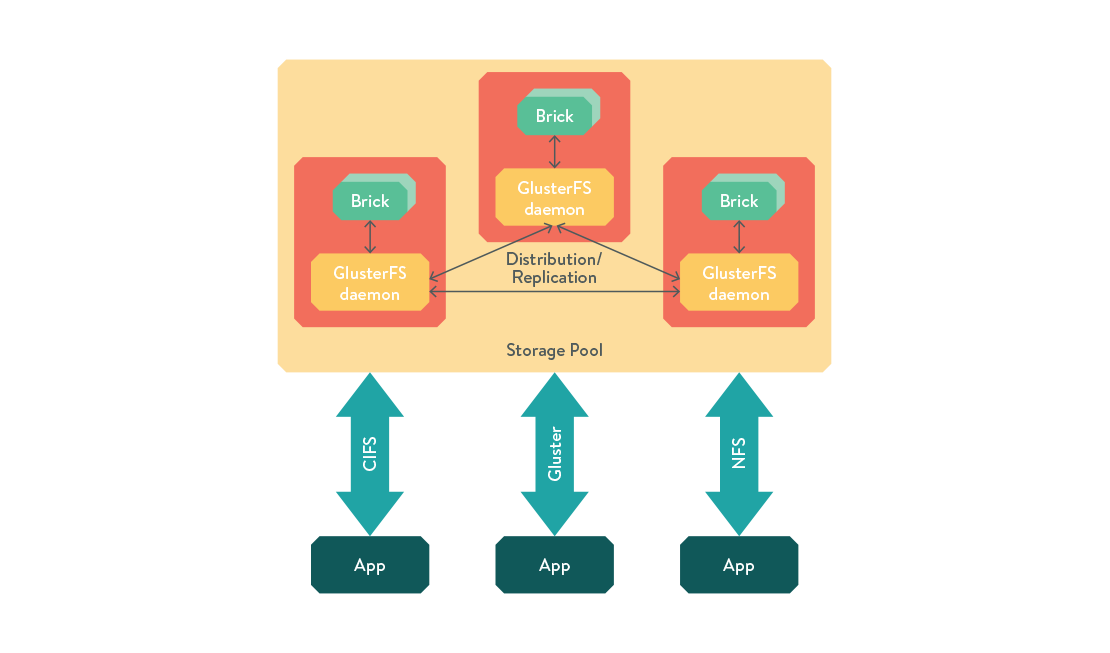 Gluster takes your bricks, and passes them through several translators before exposing them as volumes. In a multi-host setup, the "cluster" translator is responsible for distribution / replication.